The Halt command (formerly called shutdown in earlier version of Freshtomato) does a controlled halting of the device's FreshTomato firmware. After halting, the FreshTomato device can be manually powered off. Essentially the halt command results in halting the machine only (leaving it powered on). You must power cycle the router to boot it up again. There is no other way to progress from a halted state.

Since Release 2020.8, Halt will prompt a second popup to confirm the selection. This was introduced to differentiate visually from the reboot function, since the two links sit next to each other. The wrong button could potentially be clicked by mistake. 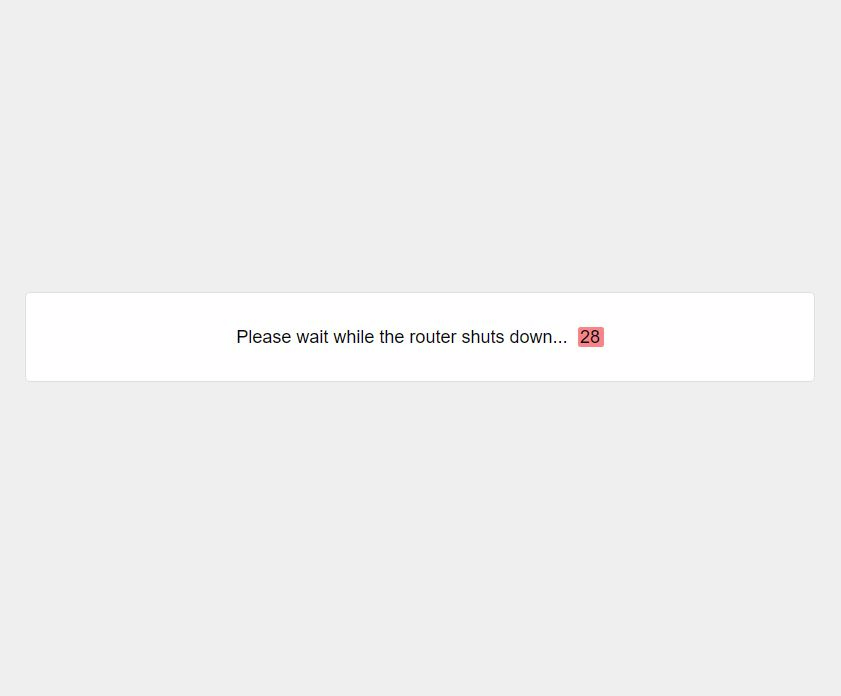