FreshTomato includes Dropbear, an SSH client/server program. Dropbear can generate a KeyPair that offers password-less connections. A command is run on the primary router which generates a public key. That Public Key must then be pasted into the secondary router’s Authorized Keys field, in the SSH Daemon section of the Administration/Admin Access menu.

This allows command-line management of the secondary router (or “SSH Host”) from a primary router, (the “SSH Client”). This can be useful when the system clock is not maintained in the secondary router and time-sensitive jobs must be scheduled. For example, as seen below, it may be useful to switch wireless radio(s) on or off to a schedule (not shown). It could also be used to run scripts on the target for any supported command.

Note that a pre-existing, and unrelated key is redacted above. 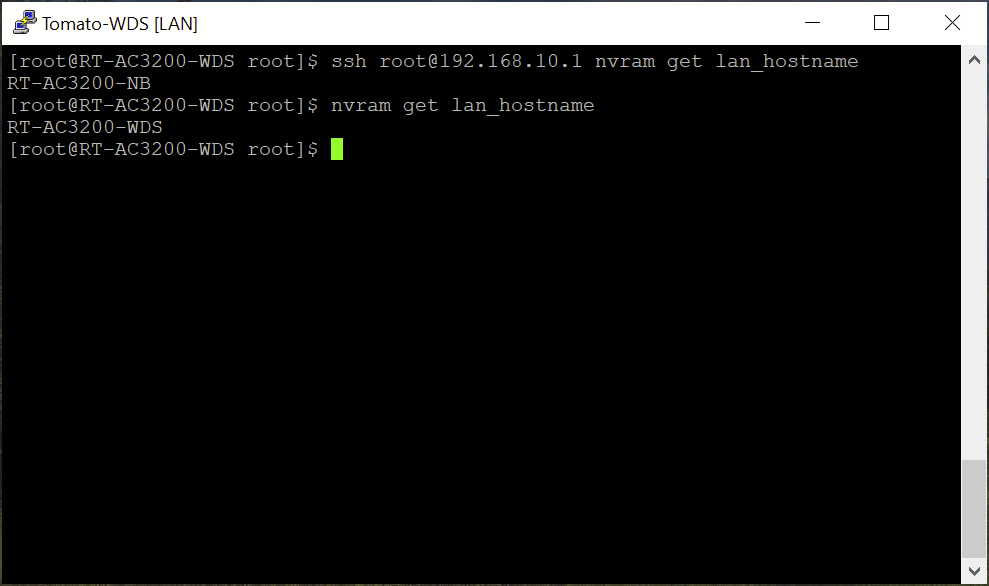 This example will enable/disable the eth1 5Ghz Wi-Fi interface on the secondary router. (Temperature is shown only when the interface is on).

If the same command is repeated, eth1 will be disabled on the primary router.