The WoL menu allows you to send Wake-on-Lan (aka “Magic”) packets to your wired client devices to power them on.

Client devices must be configured to respond to WoL packets for this to work. For a PC to wake up from a WoL packet, it must have its WoL firmware setting enabled. Before testing WoL events in FreshTomato, ensure your PC has the appropriate UEFI/BIOS menu setting enabled to recognize Wake-on-LAN packets. Most UEFI/BIOS interfaces have a Wake-On-LAN option named something like:

WoL settings in the PC's operating system also must be enabled. For details, see:
https://www.howtogeek.com/70374/how-to-geek-explains-what-is-wake-on-lan-and-how-do-i-enable-it/

Generally, WoL functions assume a client device starts out from an off state, possible on Windows PCs. If your system is in a suspend or sleep state, it may not recognize the wake signal and therefore may not wake as expected.


Some devices might appear on this menu, without their hostname defined/displayed. You can work around this by defining them manually in the Dnsmasq Custom configuration field, as described above.


There are two ways to wake up a device: 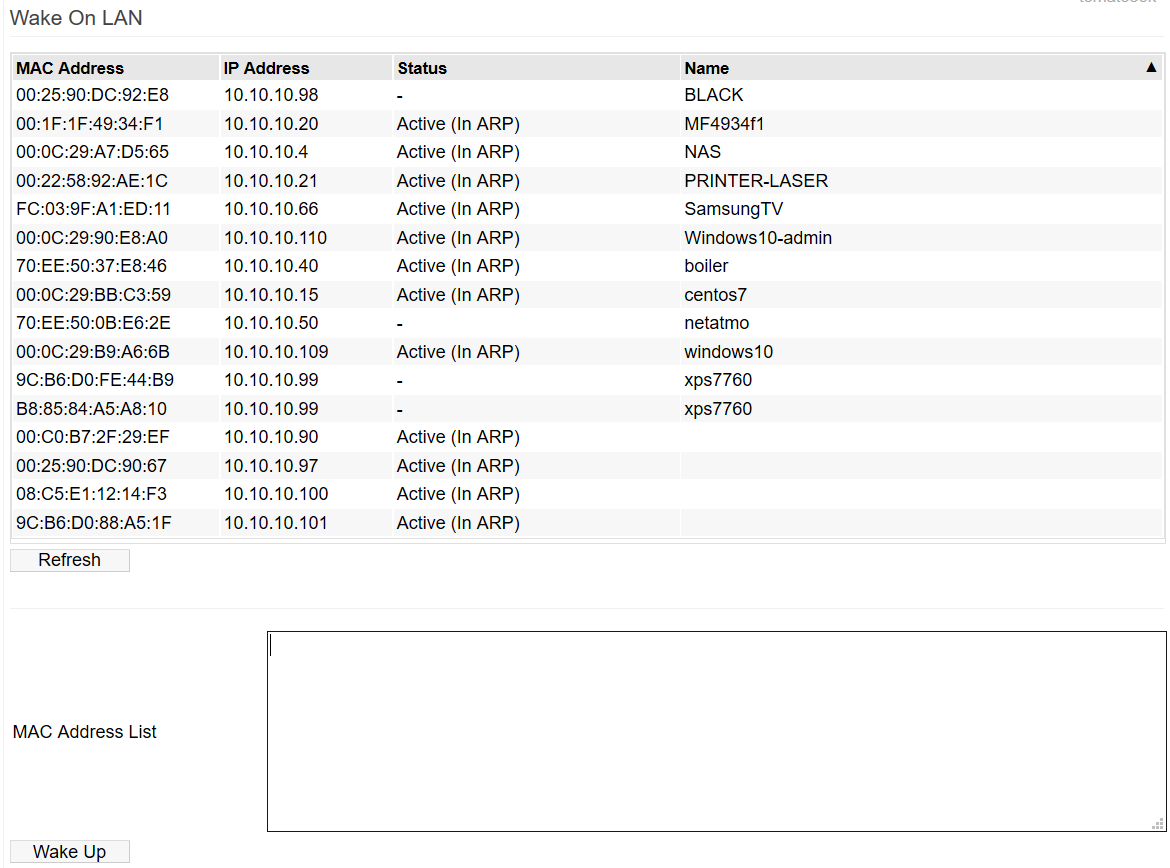 MAC Addresses in the MAC Address List field are remembered, if you have clicked Wake Up at least once after entering them.